Flutter at Google I/O 2022 in 5 minutes! - read the full article about Flutter, Mobile App Development and Native and cross-platform solutions from Flutter on Qualified.One 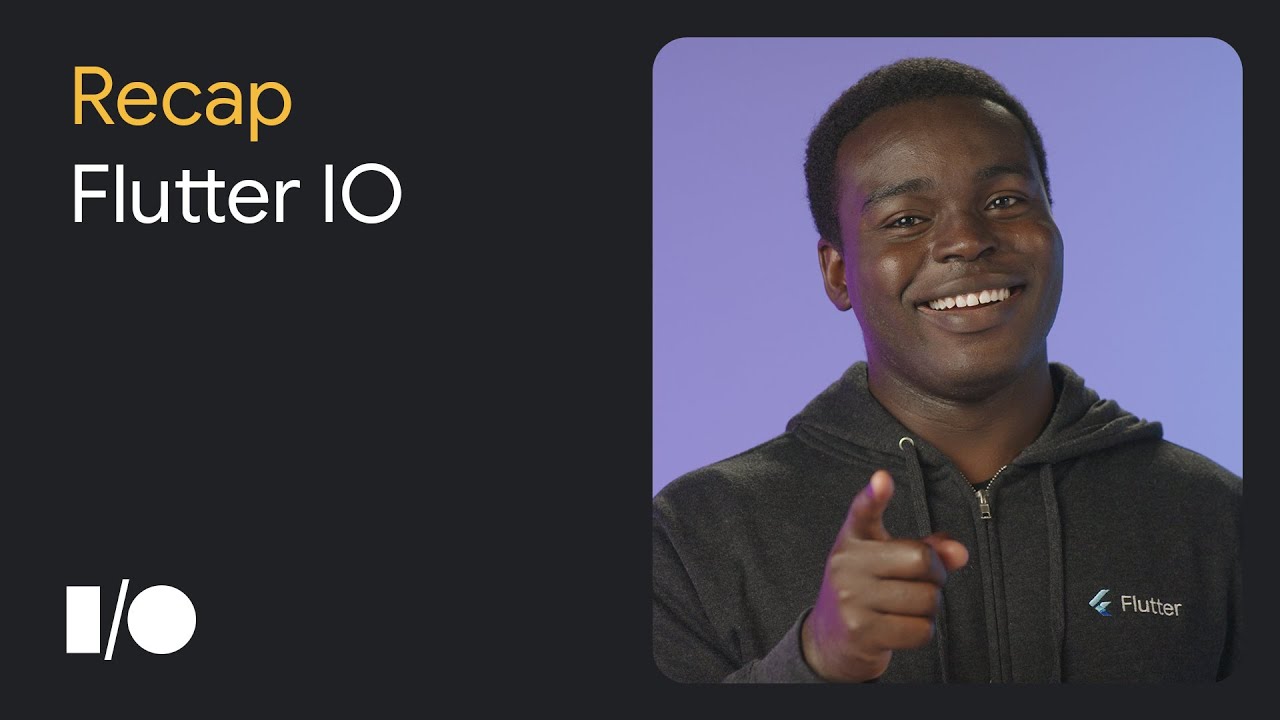 We had some big news at this years Google I/O, so Im going to recap everything you need to know in under five minutes.

[MUSIC PLAYING] We launched Flutter with a vision to enable developers to paint pixels on any screen from a single code base.

Flutter 1 supported two key platforms, iOS and Android, but we had a long way to go.

So Google I/O this year was a bit of a full circle moment for Flutter.

Just three years after that initial launch, we released Flutter 3, which includes support for Mac OS and Linux apps built in Flutter, letting you create high-quality, beautiful experiences on six different platforms all from a single code base.

Theres little time to get sentimental, though.

Flutter 3 is packed with exciting updates, so we better get going.

You can now build apps with that Mac OS look and feel, like Superlist, along with the ability to sign your executables so users dont get awkward warnings about untrusted publishers.

Because come on, youre trustworthy.

There are now also two versions of the Flutter SDK for Mac OS, one for Apple Silicon and one for Intel processors, enabling developers and users alike to run Flutter natively regardless of their systems architecture.

If youre interested in learning more about Flutter on the desktop, check out Craig and Gregs talk, along with Justins workshop on writing a Flutter desktop application.

On the web, weve added new APIs to give you more control over your apps initialization.

Weve also taken advantage of some of the latest web standards to improve on things like image decoding and scrolling performance.

If you want more in-depth coverage of Flutter on the web, check out Kevins talk.

Also, if youre interested in not only in Flutter on the web, but also the web in Flutter, check out Andrews workshop on adding a web view to your mobile app.

Now were cooking with gas.

That gets us to mobile, where weve added support for material through widgets, rearchitected platform views on Android to improve native inline ads, and work with Microsoft to introduce support for foldable phones.

Whew! That was a lot of updates.

Youd be forgiven for thinking were surely near the end, but were just getting started.

You can now capture your Flutter build, layout, and pane events with DevTools.

You can also now turn off certain rendering types like clipping, opacity, and shapes to really get to the bottom of any rendering issues that may be affecting your apps performance.

You could find this on the performance panel in the Flutter DevTools.

We know a lot of you use Firebase, and weve worked with the Firebase team to make Flutter and Firebase work even better together, including Crashlytics support for Flutter apps.

Its such a big deal, our friends at Firebase made an entire talk you can watch to learn more.

We also announced Dart 2.17, featuring a host of new features and performance improvements.

One of the most exciting improvements is within enums, which now support almost everything you can do with a regular class.

If youre interested in concurrency and parallelism in Dart, check out Michael T. And Michael Gs talk on when, why, and how to multithread.

Now, if youve ever thought to yourself, hmm, Flutter seems cool, but Im not sure how it performed in this app Ive already published, Ive got some good news for you.

We announced a new project called Put Flutter To Work, where we provide a realistic example of how Flutter can save development cycles and make it as easy as humanly possible to try Flutter in your own apps.

This is a sample application and demo rolled into one, and you can find it on GitHub.

Within the repo, youll find a Flutter module for capturing user sentiment and three native news feed apps, one each for the web, Android, and iOS.

Our hope is that you can take the code right from the repo and drop it into your own app to see how Flutter might work in your own stuff.

The code can be found at flutter.dev/go/try.

So weve put together something we think will help to make the game building process easier.

The Flutter Casual Games Toolkit is a starter pack to help you get your mobile casual game from idea to launch.

The toolkit includes a sample app, community spaces, information on credits from Google Ads and Cloud, and more learning materials.

All of this can be accessed at flutter.dev/games.

Now, I think thats everything, except, well you.

Over the last several months, the Flutter community has been nothing short of incredible.

We saw you push your creativity to the limits in the puzzle hack, jump to submit the apps youve been working so hard on to showcase when we announced Flutter on Windows, and weve recently had the pleasure of seeing you all meet up in person and gatherings all over the world through Flutter Festivals.

We really do think weve got the best community out there and cant thank you enough for the energy you bring to your work.

If youre interested in learning more about anything I mentioned, watch Whats New in Flutter or head to flutter.dev/events/io-22 to see all that we announced and hear more from members of the team.