8 Interview Mistakes That Can Cost You

8 Interview Mistakes That Can Cost You - read the full article about web design errors, Web design and from Bill Benoist on Qualified.One 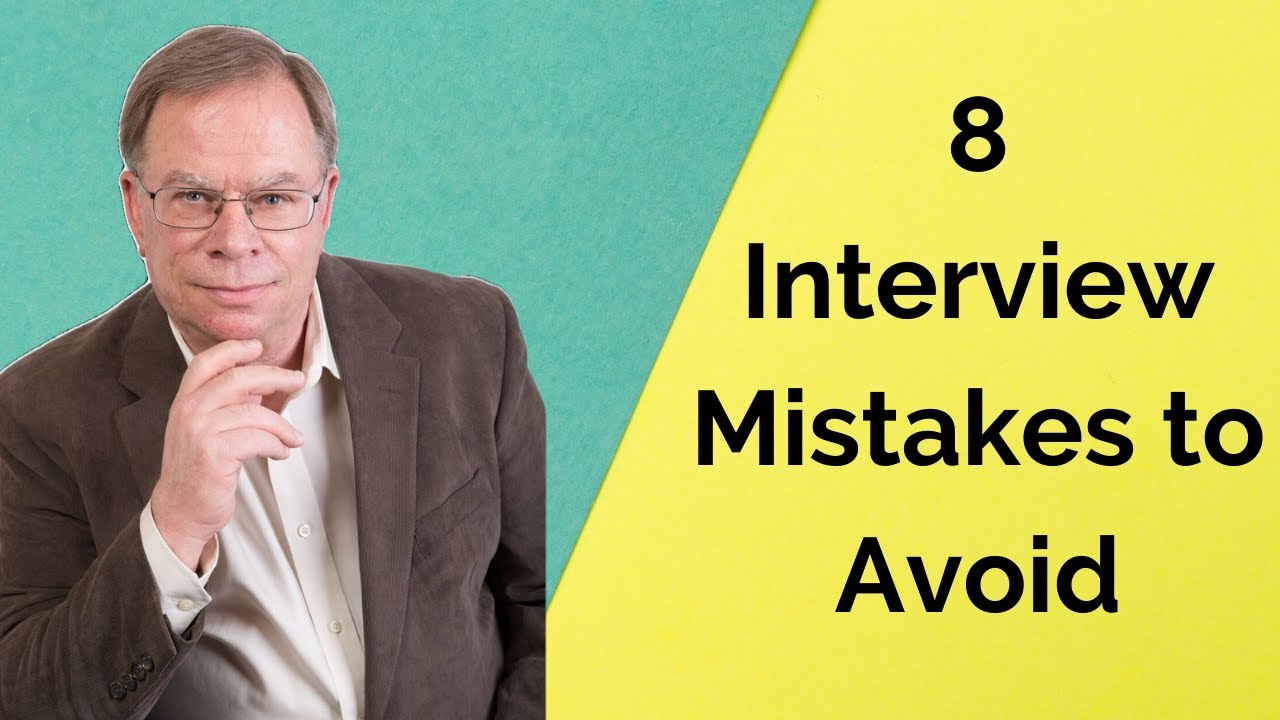 Im a professional. I have no problems. I  create no problems and Im here to solve all of your problems. This is what you want to  project out when youre going into the interview. Hey guys, its great to see you again. If  you are new here, though, my name is Bill Benoist. Im a certified professional career  coach in Silicon Valley. And in todays video, I want to talk about interviewing.  Specifically, eight interview mistakes that you can make that can cost you the  job. Now, before we begin, I want to just point out. I want to recognize that you guys are  professionals. I mean, my channel is built around working with individuals in mid to late career  professionals, um, who are in career transition, looking for another job. So I know that you  would not be doing these things intentionally, but I still want you to hear these out because  it can be important because sometimes we can make these mistakes unintentionally,  but theyre mistakes that can cost you.

So youve gotta be very careful about  number one is what the hiring manager would perceive as line in the interview or line  on the resume. So again, I recognize you would not do this intentionally, but you gotta be  careful about how your resume is presented. You know, I had a situation years ago where I had  a, the first position on my resume. I had already left the company and it had shown that I had  left the company and then right underneath, that was my business, which I was still  going through it. And so if youre looking at a traditional chronological  resume, usually your last company is the most current company that you work for.  And then everything below that is companies that youre no longer working for. Well, a recruiter  looked at my resume in that six second scan and Ms. Stat. And so when they called me, they  thought I was still working at this one company.

And when I said I wasnt and I said,  I showed this on the resume. They went back and they looked at it and they were  like, oh, okay. And I could just tell their voice had changed. And I think they  were like, I was trying to hide something so lying on the resume. 71% of hiring  managers said that its a deal breaker. If they catch somebody lying on the resume,  number two is texting or taking a phone call during the interview. Again, I dont think  any of you guys would ever do that out there, but how many of you have forgotten to turn off  your cell phone going into the interview? Because just as annoying could be that vibration happening  or the somebody calling and you forgot to turn off the phone and you got to excuse yourself.  So you could go ahead and silence the phone.

And all thats doing is just really kind  of showing that hiring manager out there that you didnt take the necessary  precautions. So it could be a deal breaker. Number three is swearing, all right,  inappropriate language during the interview, you know, sometimes we get comfortable  with the hiring manager and were joking and stuff like that. And maybe you say  something like, wow, that thing. No, no, that could really be a deal breaker. So be careful  about using inappropriate language, number four, dressing inappropriately. Now this could be  underdressed. And thats what I think most people would think is that theyre not coming dressed  accordingly, but you could also be overdressed as well. You know, Sosa reminds me of a very quick  story. I was in the banking industry before I got into technology. I was a bank manager,  used to wear a suit and tie all the time.

When I got into technology, the very first job  that I replied for, it was like a desktop support position with an antivirus company. And I went  in wearing a suit and tie and the person that came out and this would have eventually been my  manager. They looked at me and they said, bill. He said, you know, were a very casual environment.  And this individual was dressed in jeans, tennis shoes, and a pullover shirt. He says, you dont  need to dress up, um, for this position. So the interview went really well. And a couple of days  later, they called me back for a second interview. I didnt heed the warning. I wanted to impress  them. So I found a different suit and a different shirt and tie went in there and that kind of  backfired on me. The person said, you know, I thought I had mentioned to you that you  dont need to dress up for this position.

And Ill tell you that there was no  third interview. There was no job offer on that because I didnt follow the instructions. So number five is talking negatively about past  employers or colleagues. Remember what I said at the beginning, youre professional. You have no  problems and you create no problems. When you talk negatively about a past employer or people that  you worked with right off the bat, that leads a person to think that you are a person that can be  creating some problems out there. So no matter how bad it was at your last company, dont talk bad  about the company or anybody that you worked with. All right. Number six is knowing nothing about  the position that youre applying for or the company that youre applying to, or even the  person thats interviewing you. And to me, this is a really big one because I  think a lot of people do skip this one.

Um, I know some professionals that will also do  this as well, and maybe in a very late, because maybe they applied for a position several weeks  ago and theyve just been called for an interview. What you want to do is whatever position that  youre applying for. Always take a snapshot at of that job description, put it in a file because  a couple of weeks later, youll forgotten about all of the requirements of that position. But also  when you get that interview mixture that youre going to the website and you are just reviewing  every single web page on that companys website, Google them, see what kind of, uh, news  that theyre on. If theres any news, as far as the Google search. And if you know the  persons name, thats going to be interviewing you, go into LinkedIn and do a little research on  them. They may get an alert that lets them know that somebody was looking at the profile and then  they go in and they see, and they say, it was you.

Thats not a bad thing. Thats actually  a good thing because it shows that youre very interested in this position and the person  thats interviewing you and something else. And Ive talked about this in previous videos before,  and that is its your resume and your phone screen that validates your competence. Once you go into  the interview, although there could still be some questions that are validating your competence,  its really about validating your compatibility. You know, are you going to be a good fit on the  team? And one of the best things that you can do to get into rapport very quickly is to show if  theres any kind of connections out there that you might have with an individual, and you can  see that on LinkedIn. So maybe theres a second connection that you can bring up or a school that  you went to, or even a group that you belong to.

So make sure that you do your due diligence on  LinkedIn, but also just research the heck out of the company. So if they ask you, so do you know  much about the company before you can blow their socks off? All right. Number seven, showing up  late. Okay. There should be a no-brainer you need to get to that interview about 15 or 20 minutes,  or like, no, you do not need to go up and check into the interview. In fact, that could actually  work against you now stay in your car and review your star stories and your source stories. And by  the way, if you dont know what a star or a source story is, make sure that you check out the link in  the upper right-hand corner. As I do have a video on exactly what these are, theyre the way  to answer behavioral type of questions.

And I often, you know, Ill mention in that video,  I would say, get to the interview about 15 minutes early and sit in your car and review your star  stories in your source stories. So if this is something you dont know what Im talking about,  make sure you check out that link. And finally, number eight, and I know youre going to  get a giggle out of this, but trust me, people do this. And that is showing up  intoxicated to the interview. I get it interviewing could be nerve wracking. In fact,  the bureau of labor statistics tell us that the average tenure in any position is 4.6 years. And  if youre over the age of 50, its closer to 10. The bottom line is we dont interview that often.  And its completely natural to feel a little nervous in hiring managers do recognize this. So  they, they do know that it can be nerve-wracking.

You dont need to be taking a shot of scotch  or whiskey before the interview, because it can be picked up on your breath, right? And  stay away from the volume and the Ativan and the Xanax because you dont want your eyes  dilated either. No, you know what the best solution is to the nervousness its preparation.  In fact, that also brings me to something else in the notes section below, I have a free masterclass  completely free on interview. Its an hour and a half. Now its an hour and 20 minutes long, but  it covers the interview in detail, the top five questions that you really need to prepare for the  best answers, those questions, as well as making sure that your resume is impactful. And doesnt  get caught up in an applicant tracking system, even go into LinkedIn and designing a LinkedIn  profile that works for you 24 by seven.

So definitely check that out. But the bottom line  is preparation is key. So you no need to, uh, you know, take a little dip of that scotch  or whiskey or vodka beforehand. It could again, you know, definitely be  a deal breaker working at stiff. So guys, anyway, these are the eight tips. I  hope you found this information informative and useful. If you havent already subscribed  to this channel, make sure that you do so hit the bell notification as a do upload new career  tips and strategies every Tuesday. And Id hate for you to miss anything. Thanks for stopping  by. And I look forward to seeing you next week.

Bill Benoist: 8 Interview Mistakes That Can Cost You - Web design 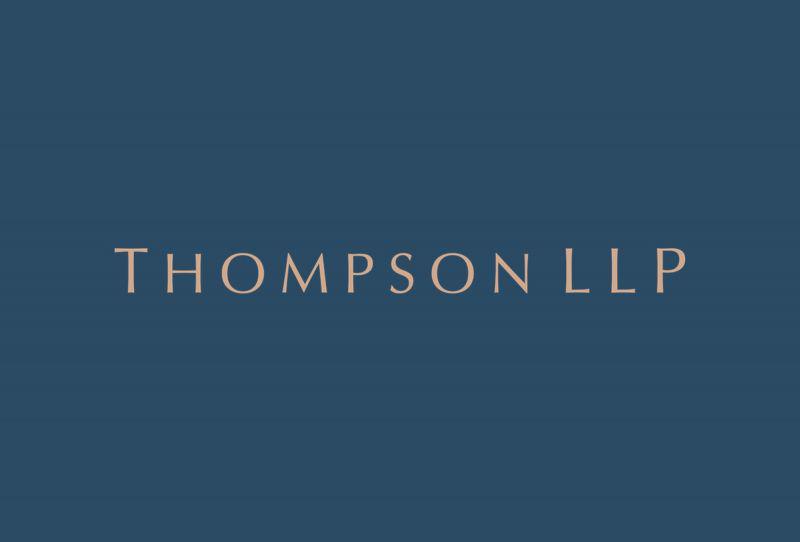