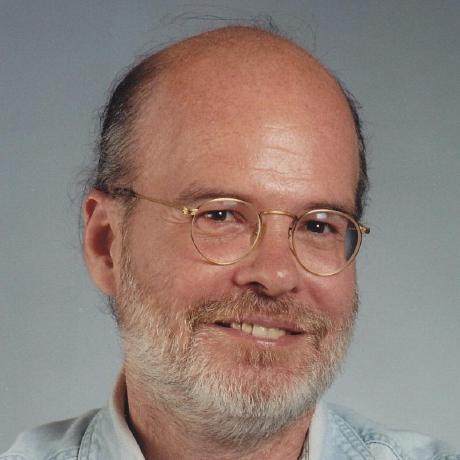 Charles Petzold has been writing about Windows programming for 25 years. Petzold, a Windows Pioneer Award winner, is the author of classic Windows programming, the widely acclaimed Code: The Hidden Language of Computer Hardware and Software, Programming Windows Phone 7, and a dozen other books.

He graduated from the Stevens Institute of Technology with a Master's in Mathematics in 1975. In addition to writing programming books for Windows, he has written for various computer magazines.
He was interested in electronic music and in 1977 he started building electronic musical instruments from CMOS chips. In 1979, Petzold began building a computer-controlled digital electronic music synthesizer based on the Zilog Z80 microprocessor.  This experience with digital circuitry and assembly language programming became the basis of his book, Code: The Hidden Language of Computer Hardware and Software.

I grew up in New Jersey and attended the Stevens Institute of Technology. After graduating with a bachelor's and master's degree in mathematics in 1975, I moved to New York and worked for a large insurance company for 10 years. Although not an actuary, I have performed actuarial work and PL / I programming for individual health insurance product development.

In 1984, I started writing for PC Magazine, which led to a full-time freelance career that included writing for Microsoft Systems Journal and MSDN magazines. My book Programming Windows was published in six editions between 1988 and 2012, and I have also written books on OS / 2, Windows Forms, Windows Presentation Foundation, and the C # programming language. In 2014, I started working as a full time employee for Xamarin (which was acquired in 2016 by Microsoft), where I wrote a book and documentation on Xamarin.Forms.

In September 2018, I retired after a 34-year career of writing, speaking, and thinking about application programming interfaces. Links to my books and articles from this career are available on my old website.