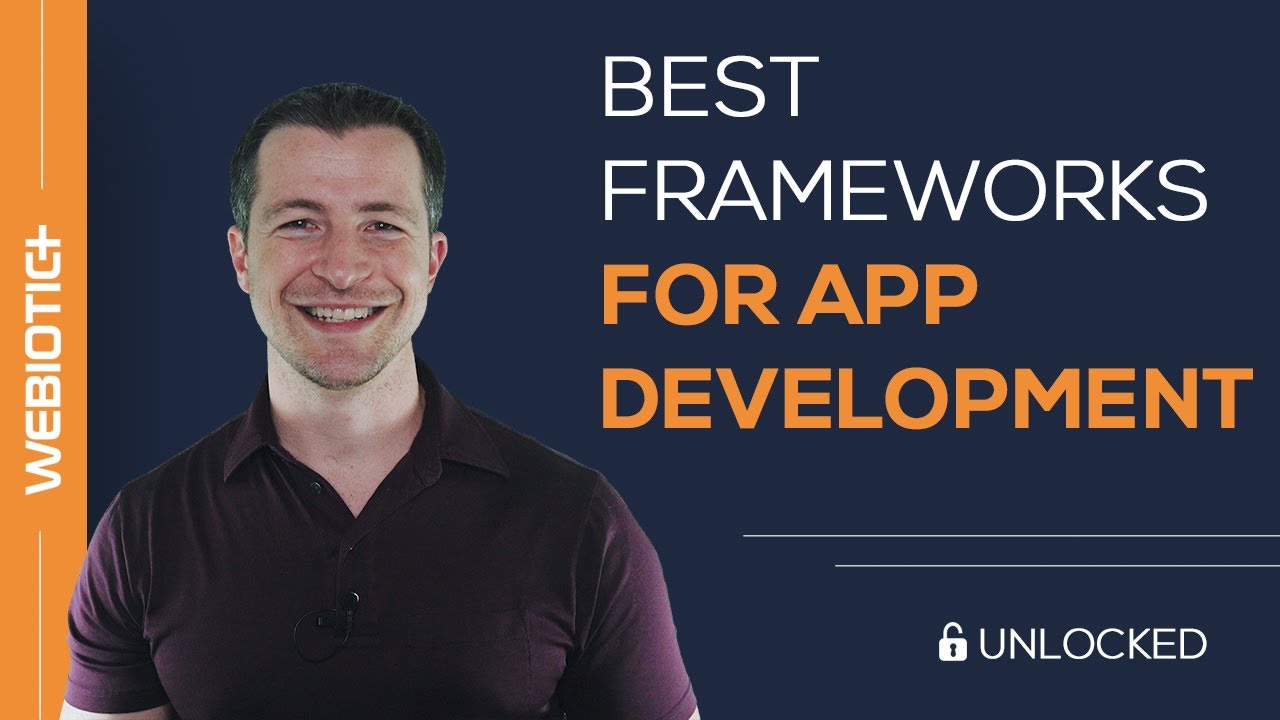 In this video, we’ll cover what a mobile app framework is and the ones available today to get you started on your journey.

But first, what is a framework in app development? Think of a mobile app framework as a pre-made package.

It’s software that can be used in your app project because, well, there’s really no need to reinvent the wheel.

If someone has already coded something you need and made it available for free, then why not use it to help speed up the development process? In short, it’s a collection of tools that can help you create a mobile app rather than doing everything from scratch.

Before choosing a framework, however, you should understand the needs of your app first, since every framework comes with its own distinctive qualities and features.

For example, there are frameworks geared towards cross-platform apps that give developers the ability to reuse components and code so you don’t have to create multiple codebases when building an app for more than one platform.

Other frameworks are known for giving cross platform apps a very native-like look and feel, like React Native.

Now lets review the top app frameworks in use today and why they’re popular.

#1 React Native React Native was first introduced in 2018 by Facebook and has since become one of the most popular and widely used application frameworks out there.

This open-source cross-platform framework makes use of a JavaScript library for all platforms and comes with an extensive community of support.

What developers love about React Native is that it’s fairly easy to learn and uses just one codebase that runs on both Android and iOS apps.

#2 Flutter Flutter is an open-source framework developed by Google to help developers create native applications for the web and for mobile devices.

This mobile UI framework offers customizable widgets, a rendering component, and other tools and APIs that helps give apps a native look and feel.

Flutter uses its own programming language, Dart, which allows the code created to compile and transform into a native machine code so it can be executed natively.

It also has a hot reload feature, which allows developers to see their code updates reflected in the app immediately after saving, which can help quicken the development process when building the UI.

This framework contains pre-designed, platform-specific UI components in their native components library for Android and iOS which help build a beautiful interface.

It requires Node.js to operate as part of its larger JavaScript ecosystem, and also integrates with React, Vue, and Angular.

#4 JQuery Mobile JQuery Mobile is a simple, touch-optimized user interface framework based on HTML5 and built on the jQuery Core JavaScript framework.

Additionally, app developers can create their own theme with their ThemeRoller and not have to write any code for it.

Mobile app frameworks are a great way to launch an app on all the major platforms, therefore expanding your audience reach while also saving you time and money on app development.

Which one will you choose? I hope you learned something today about the best frameworks for app development.

For more help with your app, subscribe to our channel.

Thank you for watching.