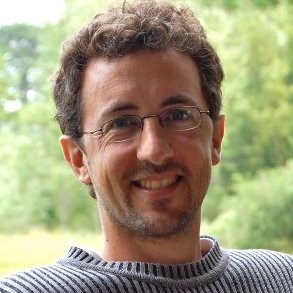 Aurélien Géron is a machine learning consultant. A former Googler, he led the YouTube video rating team from 2013 to 2016. He was also founder and CTO of Wifirst from 2002 to 2012, a leading wireless ISP in France and founder and CTO of Polyconseil in 2001, the company which now manages Autolib' electric car sharing service.

Prior to that, he worked as an engineer in a variety of domains: finance (JP Morgan and Société Générale), defense (DOD Canada) and healthcare (blood transfusion). He has published some technical books (on C++ architectures, WiFi and Internet) and was a professor of Computer Science at a French engineering school.

Trivia: He taught his 3 kids to count in binary with their fingers (until 1023), studied microbiology and evolutionary genetics before getting into software engineering, and his parachute didn't open on the second jump.